I was chatting recently with a very experienced primary teacher about teaching bilingual and multilingual learners (BMLs) in the classroom.  She had such a wealth of knowledge and experience and it was clear that she was a high-achieving teacher in her school.

One of the interesting things she told me was that we didn’t really need to be too concerned about supporting BMLs since most of what they needed to learn about English would naturally happen while they were outside on the playground with their peers.

Now I know what she meant—natural interactions with other children do offer a great deal of value to BMLs, but I feel that this is often the point at which many good, even outstanding- teachers’ knowledge of BML issues begins and ends.

The reality is that the widespread lack of teacher-training in language acquisition and additional language acquisition has contributed to many myths about “best practices” being perpetuated through our profession. And while the rate of BMLs entering English mainstream classrooms around the world continues to grow exponentially, we really can’t afford NOT to train teachers about BML issues.

In fact, there are many lingering myths that translate to inappropriate practices in schools and classrooms and they can have very detrimental effects on our learners.  Here are just a few examples:

The belief that BMLs can learn and become “fluent” in English quickly by playing on the playground with other English speakers.

Truth:  There is some element of truth to this belief to be honest.  New speakers can learn what is called “Basic Interpersonal Communication Skills” (BICS) fairly quickly. This is essentially conversation skills or social language. This kind of language is learned primarily through interactions with others and can usually be acquired anywhere from 6 months to around 2 years.

This kind of language is largely made up of “high-frequency” vocabulary words and is easily heard and picked up around the playground, in the classroom and out in the community—anywhere that an individual is likely to engage in conversation with others.

Schools on the other hand, demand much more of their students than to simply engage in conversations. School requires them to become proficient in the language of academics and critical thinking.  To be able to think, read and write abstractly in a language requires that the individual possess what is called “Cognitive Academic Language Proficiency (CALP).”  CALP can take anywhere from 5-7 years to develop if the student is strong in their own mother-tongue language, but can even take up to 10 years to master if they do not have a strong grasp of their own language and literacy.

When people say that students can learn English quickly, they simply mean “conversational” English or BICS. But once the student is placed in the English mainstream class, they are required to go above and beyond BICS—they are required to think, analyze and reason through the language and that will take them several years to develop.

Once BMLs have received support at school for around 3 years, they are now “fluent” in English and no longer need support.

This myth is one of the most widespread beliefs that has more to do with money and funding than anything else.  In most school boards/districts and even in most international schools, students are given support for 2-3 years and then they are often “exited” when they seem to be proficient in English.  From what we’ve learned above, we now know this is likely based on the fact that BMLs seem really proficient in the spoken or social language (aka BICS).  They may speak with the accent of their region, they may seem fluent in their pace and rate of speech, and they may even have good confidence when speaking to others.  However, when these students are “exited” from the ELL/EAL department at their school, it is very likely that their need for continued academic support will be unrecognized. In fact, because “bilingualism” and “multilingualism” is a lifelong process, BMLs are likely to experience many different types of challenges all along the way to graduation, even when they are “fluent” and have been learning through English for several years.

Since the research shows that BMLs are often 2-3 years below grade-level, this means that reading materials, high-level writing and communication will be a particular challenge. If BMLs are not kept on the ELL/EAL register of their school, their teachers may not recognize these seemingly “fluent” students’ struggles with academics are a result of their language acquisition and not a learning disorder.

Also, even BMLs with high levels of proficiency in English still struggle with academic writing and reading. In secondary school, idioms, metaphors and academic genres are now required to much higher levels. Many BMLs lack exposure and can struggle with these tasks.

So while BMLs may not require the intensive support they might have needed previously, they will still require focused support and teaching to help them transition to CALP or help them develop more advanced knowledge of English literature and linguistic features. This can happen at different stages anywhere along a BMLs’ journey, whether they are beginners or advanced English learners.

This limited notion of a 3-year support model needs to be put to rest.  Bilingual and multilingual learners often need a great deal of support once they move from BICS over to CALP since there are more demands on “thinking” in English and they are not able to rely as much on context clues and visual supports and work is much more demanding.

Schools need to redesign their support models for BMLs so that the whole school taps into the high-quality information about how BMLs go about learning English and how whole-school policies can support these processes.  As many teachers go about their work in schools where a large number or even a majority of their students are BMLs, it is extremely important that they receive the right training on how to build and create supports that are built-into the school and policies that help educators maximise their time and effort with BMLs.

The more knowledge that teachers are empowered with, the more these longstanding myths will be extinguished. This will ultimately lead to greater awareness, access and provision of services for our bilingual and multilingual learners.

Alison Schofield is an author, educator and international education consultant. She provides support and training to schools and teachers working with bilingual and multilingual learners.  She can be contacted at: alison@ingenioused.com 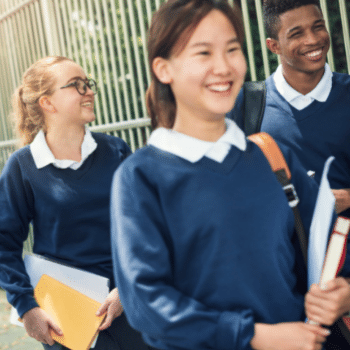 Get our monthly newsletter, free training videos & learn about our online events!

You have Successfully Subscribed!

YOUR PERSONAL INFORMATION IS ALWAYS SAFE