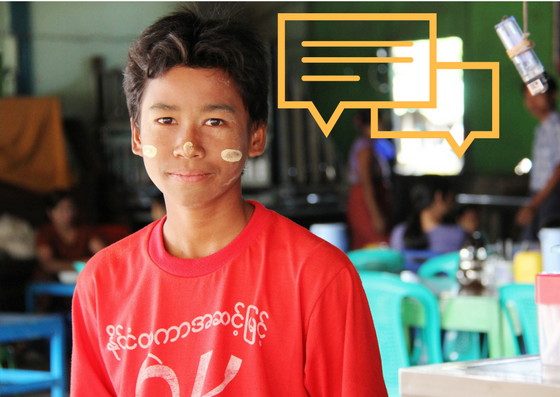 Cultural assimilation, language loss and language extinction are some of the threats that can impact cultures, communities and social ecosystems. This is why UNESCO promotes International Mother-Language Day on Feb 21st each year—to build awareness of the importance of language diversity and preservation.

As a teacher, you’re on the frontline of this movement with your bilingual and multilingual learners—many of whom are already experiencing language attrition or language loss as a result of becoming ‘subtractive’ bilinguals over time. With the spread of English education around the world combined with its rising social ‘status,’ many parents are erroneously wooed into the belief that ‘English is best.’ Many simply aren’t aware of the value of their mother-tongue languages.

It’s suggested that around 90% of the worlds languages will be extinct before the end of this century (Eschner, 2017). Mother-Language Day is a day to recognize the value that individual languages contribute to society, progress and humanity. For example, did you know that Inuit people hold little-known information about biodiversity and the environment in the Arctic? Or that the Berbers in North Africa possess thousands of years of knowledge about their desert ecosystem and water management in the Sahara?

It’s clear that languages are reservoirs. They hold and carry important information that can be transmitted between language users from generation to generation. Just imagine what happens to that collective knowledge when a language dies out. Not only does significant scientific and historical information get lost but an entire cultural group—their way of life, their worldview and their impact on humanity—are erased.

Open up your activities with a discussion about language and culture. Depending on the age of your students, discuss the significance of International Mother-Language Day, along with the cultural, social and psychological benefits of being bilingual or multilingual. Discuss the importance of maintaining languages and cultures as well as offering facts about the extinction of languages. Help your students realise the significance of their languages!

At this early stage, young children are still learning the foundations of their languages and cultures through the world around them. Story books continue to be an important conduit for linguistic and social development. Capitalise on this high-impact activity by getting access to a variety of books in the different languages of your students. Invite parents to your school and have them read to groups of children who speak that particular language. You may want to mix different classes and groups of children together for this activity. Have parents elicit discussions in the mother-tongue language and plan a follow-up activity for students to document their understanding and meaning of the story (e.g. a drawing, art/craft, role-play, etc.).

Have primary students tap into their languages by working in mother-tongue groups to create and illustrate their own storybooks. Have an older child who speaks the same language facilitate a group, providing support when required. Have materials and supplies ready for students’ booklets and make discussion and story-mapping an important pre-writing component. For students without any literacy in their mother-tongue language, you can have them ask their facilitator to write as they dictate or allow them to use phonetic spelling in English. The goal is for students to participate, share ideas and have fun through their mother-tongue languages. Try to keep students moving along despite their individual language levels.

Get students to work in mother-tongue language groups to document interesting aspects of their languages by making posters. Once completed, have them share with the class and post them around the school or classroom. They can:

Have students explore proverbs from their languages with same-language peers. Proverbs often communicate the values of a culture and can be an interesting form of expression. For example the English proverb, “two wrongs don’t make a right” has quite a deep meaning and can serve as an open-ended prompt for dialogue.

Have students come up with/research several examples of proverbs that are used in their language. Have them explain meanings in detail. Quite often, students from different language backgrounds discover their languages share similar proverbs so be sure to culminate this activity by encouraging students to share their work within the large group. Allow them to display their work creatively.